Helen Keller Quotes on Racism in the United States 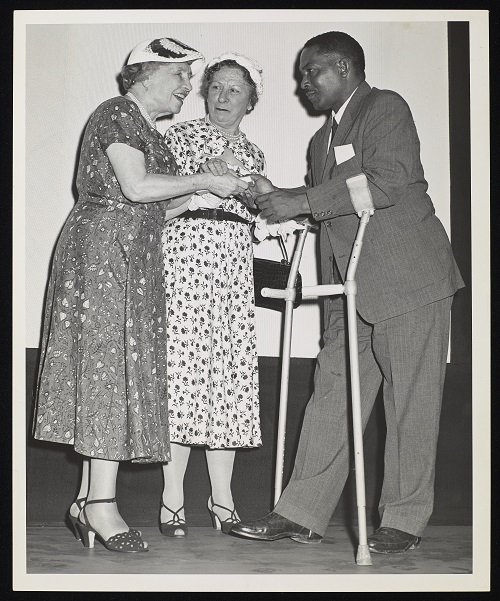 "Nay, let me say it, this great republic of ours is a mockery when citizens in any section are denied the rights which the Constitution guarantees them, when they are openly evicted, terrorized and lynched by prejudiced mobs, and their persecutors and murderers are allowed to walk abroad unpunished."—Letter to the NAACP endorsing their work and decrying the social climate of the United States, February 13, 1916

"The continued lynchings and other crimes against negroes, whether in New England or the South, and unspeakable political exponents of white supremacy, according to all recorded history, augur ill for America's future."
—Letter to Nella Braddy, September 22, 1946

"Personally I do not believe in a national agency devoted only to the negro blind because in spirit and principle I am against all segregation, and the blind already have difficulties enough without being cramped and harassed by social barriers."
—Letter to Mr. Auster, September 16, 1951, regarding the efforts of the W. C. Handy Foundation for the Blind