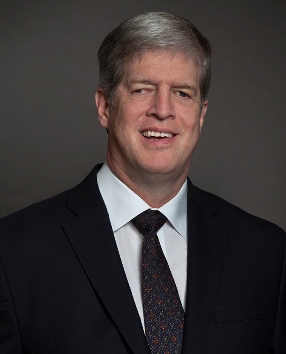 As the president and chief executive officer of the American Foundation for the Blind (AFB), Dr. Kirk Adams is a longtime champion of people who are blind or visually impaired and is committed to creating a more inclusive, accessible world for the more than 20 million Americans with vision loss.

Dr. Adams has led AFB in a new and innovative direction since becoming president and CEO in 2016. With a renewed focus on cultivating in-depth and actionable knowledge and promoting understanding of issues affecting children, working-age adults, and older people who are blind or visually impaired, Dr. Adams’ role involves pursuing strategic relationships with peers, policymakers, employers, and other influencers in order to engender and accelerate systemic advancement.

A preeminent leader in the field of blindness, Dr. Adams frequently serves as a keynote speaker at conferences across the country, informing audiences of AFB priority issue areas that include education, vocational rehabilitation and workforce participation, vision loss and aging, and technology. He has consulted with top leadership at Google, Facebook, Microsoft, and other high profile tech-oriented companies to discuss topics ranging from product and digital accessibility to civil and disability rights, as well as key leaders in sectors that include finance, public policy, and non-profits, to name just a few. He also represents AFB as delegates to the World Blind Union (WBU), the Braille Authority of North America (BANA), and the International Council for Education of People with Visual Impairment (ICEVI).

Before joining AFB, Dr. Adams served as president and CEO of The Lighthouse for the Blind, Inc., where his work involved providing independence and self-sufficiency through employment for people who are blind. During this time, he also served as a member of AFB’s board of trustees. Prior to his chief executive role, he was general manager of administration and director of public relations and resource development.

Active in his community, Dr. Adams was a member of the Governor’s Task Force on Disability Employment and the Seattle Public Library’s Strategic Plan Advisory Committee. He was also the treasurer and member of the Board of the National Association for the Employment of People Who Are Blind and a board member of National Industries for the Blind.