The Jaws of Success: An Interview with Glen Gordon

In the mid-1990s, the flourishing popularity of Microsoft Windows and its graphical user interface engendered real anxiety for many computer users who were blind or had low vision. One of those users was Glen Gordon, now vice president and chief technical officer of Freedom Scientific. At that time, Gordon worked evenings and weekends for Henter-Joyce, the company founded by Ted Henter that introduced JAWS and later JAWS for Windows. In 1994, however, he scaled down his responsibilities at a job with UCLA to increase his work for Henter-Joyce to half time. "I was concerned that I could be worked out of a job [at UCLA]," he said in a recent interview, "so I had a great passion to get Windows to talk!" Of course, the success that Gordon and others have managed in "getting Windows to talk" has led to software that is embraced by people who are blind or have low vision around the world. Updating and fine-tuning that software is an ongoing process and still a major focus of Gordon's activities. But the road that eventually led to his current role as one of a half dozen top managers for this leading assistive technology entity had many fascinating deviations along the way.

While growing up in southern California, Gordon was enamored of radio and rock 'n roll. For six months in his teens, he and a friend operated a bootleg radio station on Saturdays and in the evenings after successfully modifying a shortwave transmitter to operate on the AM radio band. "And, yes, the FCC did pay us a visit," he mused. Ironically, when the high school radio enthusiast took the test for his Third Class Commercial Radio Operator's license six months later, the same FCC official read the test aloud to him.

For several years, Gordon had a broadcast life to augment his more earnest occupation of earning an MBA from UCLA's Anderson Graduate School of Management and later being hired by UCLA as the manager of administrative software development. In addition to doing an oldies rock 'n roll show for KCSN, the radio station that is associated with California State University at Northridge, Gordon wound up doing two shows for KMPC, a large commercial radio station, that kept him on the air for another decade. The first show was a discussion and interview program on disability issues, and the second was a public affairs show on which "I could do anything I wanted." In that time, he interviewed such celebrities as Artie Shaw, Phil Harris, and Timothy Leary, and even unwittingly disconnected an annoying caller who turned out to be Mickey Rooney.

"I must say that [the management at KMPC] were fairly forward looking, since I was also the engineer on duty and was left alone in the building running a 50,000-watt radio station," Gordon said. "I used an Optacon with a CRT lens to take the meter readings. The person who was on duty before me would make sure that the log was properly positioned in the typewriter."

At his day job, Gordon first used a tape-based VersaBraille and later a talking HP150 from Maryland Computer Services to write programs. These skills, he said, were learned "on the street." That is, they were learned from books, magazines, conversations, and experimentation, rather than from any classroom instruction. Meanwhile, he was getting to know Ted Henter, who was then working at Maryland Computer Services (a company founded by Deane Blazie). When Henter started his own company, Henter-Joyce, Gordon began working for him in the evenings and on weekends. In 1994, he struck a deal that rendered him a half-time UCLA employee and a half-time Henter-Joyce employee—and he moved to Ithaca, New York.

Although Freedom Scientific is in St. Petersburg, Florida, Gordon has always worked from a remote location. From Los Angeles to Ithaca and, most recently, Madison, Wisconsin, he mentors other developers; troubleshoots JAWS and PAC Mate problems; and, of course, continues to tweak and perfect JAWS for Windows.

"It's nice to be in a position where I can discover a problem as a user and then fix it as a developer," he reflected, adding with a chuckle: "Of course, the problems I discover may not be ones that anyone else cares about!" But he was quick to follow up the joke with a more serious piece of reality. With so many JAWS users out there, the concerns that users express cover plenty of ground. Gordon and others prioritize these problems, placing the most lamented bugs at the top of the list. At the time of this interview, Gordon was working, along with other developers, on new features for the JAWS 7.1 update (features, incidentally, that he was not willing to reveal).

Because Gordon is blind, he has a vested interest in the ongoing employment of people who are visually impaired. Currently, 35% of the staff of Freedom Scientific are blind or have low vision, and, he noted, the company is always looking for qualified developers who are visually impaired. He is also dealing steadily with the subtext of crafting plans to meet the technical challenges of supporting new technologies like those that are found in Windows Vista.

Despite his elevated position in the company and his numerous accomplishments, Gordon has an almost self-deprecating quality at times, recognizing that he is fortunate to have the career and lifestyle that he has. He attributed his success to parents who drilled him with the importance of education from the earliest possible age. "It never occurred to me that there was an option not to do homework," he said.

Gordon also expressed gratitude for his early education. A student at the Frances Blend School in Los Angeles, he entered public schools in the seventh grade with excellent braille skills, braille math skills, and touch typing (which we would now call keyboarding).

Although Freedom Scientific is in Florida, Gordon goes there only once or twice a year and, in general, is no particular fan of travel. Growing up in Los Angeles, he had excellent mobility training and believes that his ability to travel independently, using public transportation and walking through neighborhoods savory and otherwise, made it possible for him to do such things as host radio shows and commute to the university. As a busy professional, his priorities have changed. "My mobility skills—in terms of crossing wide streets—have deteriorated over the years," he said. "Some blind people just go wandering in new cities, but that's not my calling. . . . As I've aged and have an income, there's less time and less to prove."

Gordon can poke fun at himself—as, for example, when he told the story of running, on a whim, for student body president in high school and then winning despite his inexperience. "Being blind got me elected," he laughed, adding that he realized that was not his calling either.

What has been his calling is helping to bring along a program that has opened doors for countless people who are blind or have low vision. He is proud of having been involved in the development of JAWS. As he put it, "It's not perfect, but compared to 10 years ago, it's damned good and has opened doors for people. I take great pleasure and pride in having helped create it." 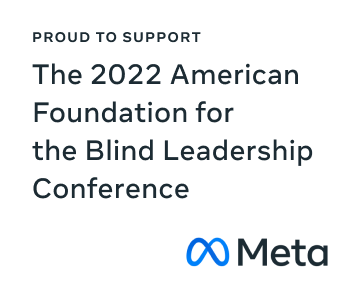