"I'm always a second thought, never in the forefront. You either fit in or you don’t." —White female in her 40s who became visually impaired in childhood 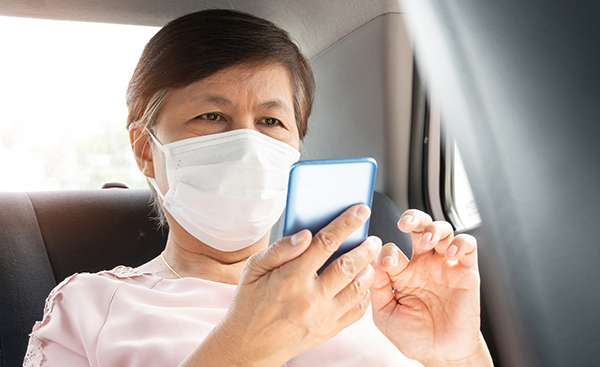 Each individual’s social-emotional experiences will be different based on their individual personality, feelings about their disability, their internal and external coping strategies, and the actual and perceived supports they experience in the workplace. Participants were asked if at their current job they ever considered not bringing up an accommodation request because they had a fear of backlash from a supervisor, coworker, HR staff, or others, including individuals directly served by the employer such as students or clients. One in five participants — 61 of 287 (21.3%) — reported they did have this concern. Some participants explained the reasons for their concerns, including fearing for their job security, being blamed for ineffectiveness or lack of productivity when accommodations were not provided, and feeling they are constantly facing issues but never mentioning them.

"I was being judged on the same metrics as fully sighted coworkers…which put me at the bottom of the employee ranking, then I was harassed by my supervisor to bring up my numbers…I explained that because of my vision I could not work as fast, I can only see from 1/10 of one eye. My supervisor and HR asked for more medical documents, which I gave, then [they] gave me options which forced me out of my job." —Female who is congenitally visually impaired

Survey and interview participants spoke about often needing accommodations, while at the same time not wanting to be "needy" or appearing that they "can’t do the work." Participants shared their experiences with how they worked to achieve a balance. Often, they tried to find solutions to problems on their own as much as possible before asking for help. However, they also emphasized the importance of asking for help when needed in order to remain productive. Some participants felt hesitant to ask for help for fear of being seen as a burden or as less competent than sighted coworkers. They described a desire to "prove themselves" and some even volunteered to perform additional work tasks to compensate for the difficulty of performing other tasks because of access challenges. Finally, some participants received negative reactions from colleagues or supervisors when requesting help.

Participants were asked to select their level of agreement with the statement: At my current job or contract, I am concerned that when I ask for assistance or information (e.g., the location of the light switch in a conference room I rarely use, the location of a button in Zoom), others think I am not capable because of my visual impairment. Of the 293 participants who responded, 167 (57.0%) disagreed or strongly disagreed with this statement, indicating that almost three of five participants did not have concerns that others thought they were not capable. Still, 24% agreed or strongly agreed that they had concerns. (19% neither agreed nor disagreed.)

Participants were asked to select their level of agreement with the statement: At my current job or contract, I am comfortable asking coworkers for help with a visual task (e.g., description of an image on a website, reading a document, location of controls on the copy machine). Of the 285 participants who responded, 220 (77.2%) agreed or strongly agreed with this statement, indicating that more than three out of four participants were comfortable asking for assistance.