A Changing Role for AFB 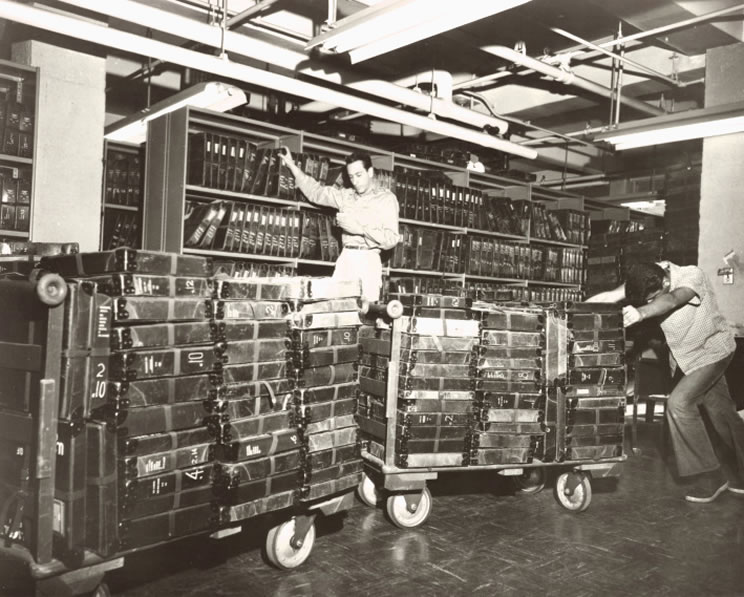 Listen to an audio clip from a Talking Book entitled The Blind of Europe, recorded by Robert B. Irwin and Alexander Scourby in 1947. The recording describes the damage sustained by European facilities providing services to blind civilians during World War II.

Select to listen to audio: MP3 Audio of The Blind of Europe

Transcript of The Blind of Europe

Robert B. Irwin: I've prepared a report on the work of the American Foundation for Overseas Blind during 1947, and I've asked our old friend Mr. Scourby to read this to you.

Alexander Scourby: Thank you Dr. Irwin.
It's difficult for us, living in a country which experienced practically no physical damage from combat activities, to realize what war has done to the blind people, and to agencies for the blind in Europe. Where active fighting was carried on, many schools for the blind were completely demolished. In other cases the buildings were damaged by gunfire. Braille slates and other metal were confiscated to make munitions. Braille books were used for fuel. A number of the workshops for the blind were so badly damaged that nothing remains but unheated cellars with temporary roofs in which sightless workmen are trying to earn a little toward their support. In several countries the braille printing plants were so completely demolished that there's not a vestige of the old machinery in existence. An outside observer visiting Europe is impressed with the leadership assumed by blind people in furthering the welfare of their fellows. These people are pleading with Americans for help in getting their organizations going again. The role being played by the American Foundation for Overseas Blind is that of supplying technical equipment and raw materials peculiar to such agencies for the blind as schools, workshops and braille printing plants; fellowships to workers for the blind wishing to prepare themselves better for the difficult task of reconstructing the services wrecked by the war; and, in some cases, food and clothing is supplied to blind people who have been overlooked by relief-giving agencies. The work of the American Foundation for Overseas Blind is not duplicated by existing or contemplated programs of any other agency.