Using a Computer to Access Music, Videos, and Radio for People with Visual Impairments and Blindness

If your PC or Mac computer has a CD or DVD drive, you can insert a disc, and, depending on how your computer is set up, the movie, TV episode, or music will begin playing via a preinstalled media player. Using your screen reader, you will be able to access the media title, track names, and other useful information. You can also pause and restart the content and make other adjustments. For example, if you're using iTunes, pressing the spacebar pauses and then resumes media play. Check your media player’s menu and keyboard command key list for a complete list of commands. 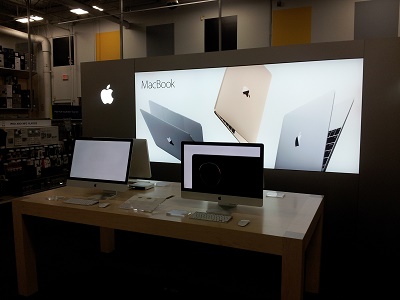 If you don't have a disc drive, you can still purchase and watch music and videos on your PC or Mac. Google Play and iTunes are two of the most popular ways to purchase the latest music and video releases. Visit the Google Play Store or install iTunes. (Note: iTunes comes preinstalled on all Macs.) Each of these venues allows you to purchase, or in some cases rent, various songs, albums, movies, and other content and watch or listen to it on your computer with accessible controls for play/pause, volume, and rewind/fast forward. Media purchased through the Google Play Store or Apple iTunes can also be obtained and played on any of your mobile devices that run the same operating system. Unfortunately, only a small selection of video titles with description are currently available for download, but this situation is improving.

You can also copy, or “rip,” your CD music library to your computer, so you can stow those discs and find the music you want instantly. When you insert a music disc, your media player will ask if you wish to make a digital copy of the disk using iTunes on a Mac and either iTunes or Windows Media Player on a PC. Once you copy your CDs, all of your music will be available to search and play, along with a screen reader-friendly version of the CD title, artist name, and track information.

Music and video streaming services abound on the Web. Here are just a few:

This video sharing site is the online repository for hundreds of millions of videos—everything from a home video of a child’s birthday party to professionally produced video shorts, movies, and documentaries. Nearly every song imaginable is also available to listen to legally on YouTube. (YouTube is also available on Apple TV, and via apps for both Android and iOS devices.)

Many screen reader users report that YouTube and most of the other streaming services are fairly speech-friendly on a computer, but even more so on an Apple TV or a smartphone or tablet. Remember that when the app instructs you to tap the screen to call up the player controls, using a touch screen reader, you will probably have to double tap. Also, when swiping doesn’t get you where you wish to go, try to navigate by touch, or double tap, hold, and slide, all of which we discussed in the mobile technology guide.

You can use Netflix to rent DVDs and stream content. Select a movie, documentary, or TV show episode and stream it immediately on your computer or via the Netflix Android or iOS app. Netflix is also available as a built-in service on the Apple TV.

Recently, Netflix began offering described video on a growing number of titles, including most Netflix Originals, such as the latest seasons of "Orange is the New Black" and Marvel’s "Daredevil," a show about a crime fighter who is blind.

To date many users have reported difficulties setting up the described video feature on PCs and Macs, so for now, the most accessible described video experience requires a mobile phone or tablet. When the video begins, double tap the screen to call up the program menu. Select Language Options, then choose English: Audio Descriptions. You will only need to do this once. After you have enabled the feature, it will activate automatically on any and all programs that offer video description.

If you have an Amazon Prime membership, where you pay once a year and then everything you purchase is shipped second day for free, your subscription includes access to a hefty library of free Kindle books and to Amazon's Instant Video service, which allows you to stream from a video collection comparable to Netflix offerings.

Hulu Plus is a subscription service that offers replays of recent network shows and other videos. It is available on Apple TV, and there are apps for both Android and iOS, so you can stream your selections through your mobile device or on your television using a Chromecast.

Pandora is a music streaming service offering both free and paid accounts. With either account type, you select an artist or song you like, and Pandora will create a radio station with a playlist of other music you will probably also enjoy. You can create multiple stations, and skip a few songs per hour using the free account; the paid account offers unlimited skips and no advertisements. The website is not always as accessible as it should be, but most users report excellent results using either the Android or iOS app. Pandora is not among the Apple TV built-in apps, but you can use AirPlay to send your Pandora stream to your television speakers. Chromecast will also allow you to do this.

Screen reader users report several accessibility issues using the computer version of Spotify. And though neither mobile version is completely accessible, The Android and iOS apps offer a much more screen reader-friendly experience.

If you are a fan of a particular local radio station, search for it on Google or Bing. The station may stream their broadcast online, which will allow you to play it on your computer or mobile device. You can also check the Radio Locator, where you can search and stream thousands of music, news, sports, and talk radio stations around the world by place, call letters, or genre.

For your mobile device, check out the Tune-In Radio app forAndroid or iOS, which live streams radio stations from around the world, and also allows you to record for later playback.