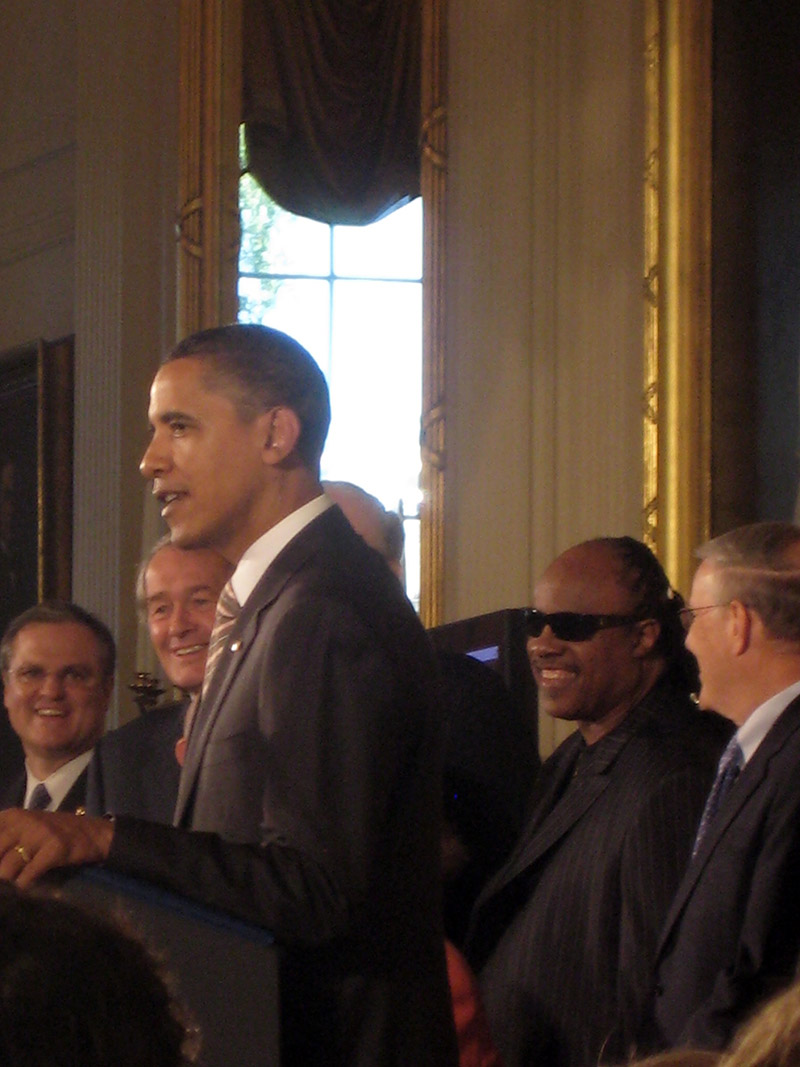 In recent months, we at AFB had the good fortune to celebrate several pieces of legislation that have improved the lives of those who are blind or visually impaired. We celebrated the 30th anniversary of the Americans with Disabilities Act in July, the 22nd anniversary of Section 508 of the Rehabilitation Act of 1973 in August, and now, the 10th anniversary of the 21st Century Communications and Video Accessibility Act (CVAA). Ratified on October 8, 2010, the CVAA significantly extended regulations regarding the accessibility of technology used for telecommunications and access to accessible video programming. To achieve this, the law provides several regulations that affect people who are blind or have low vision in particular.

The CVAA requires that advanced communications services and products be accessible to those with disabilities. In addition to traditional telephone service, this includes text messaging, email, dedicated instant messaging services, and direct video communications. The CVAA also requires that web browsers, on mobile devices specifically, be accessible to people with vision loss.

In addition, the CVAA established the iCanConnect program, which authorizes the use of $10,000,000 a year to provide communications equipment and training to people who are deafblind. Equipment includes smartphones, tablets, computers, braille displays, and other devices that allow someone with combined hearing and vision loss to communicate effectively.

Several regulations ensure access to video programming. Regulations both address the amount of audio described content available, as well as the accessibility of technology that provides video playback. The law requires that both the four top broadcast channels (ABC, CBS, NBC, and Fox, ) and the current top five non-broadcast channels provide 50 hours of audio described content per quarter on primetime or children's programming, with another 37 hours required per quarter to be broadcast between 6:00 a.m. and 12:00 a.m.

Other provisions ensure access to video content is available to people with disabilities on a range of technologies. For example, devices with screens smaller than 13 inches that can play video content must be able to pass through closed captioning and audio description on those devices if feasible. This covers ubiquitous devices such as tablets, smartphones, and smaller laptops. This rule also applies to recorded video content that contains captions or audio description. Controls on video playback technology are required to be accessible, specifically to people who are blind or have low vision, as well.

Implementation of the CVAA occurred gradually over the past decade. For example, even though regulations for the accessibility of web browsers and electronic messaging was implemented almost immediately, the FCC did not begin hearing complaints regarding non-compliance until 2013, as to give the industry time to make the required changes to their technology. Today, the FCC has proposed the requirement that audio description regulations will be expanded to 10 new Designated Market Areas (DMAs) per year, for the next four years. At present, the top 60 DMAs must follow the regulations.

Even compared to eight years ago, the CVAA has had a notable effect on the accessibility of a range of technologies. In 2012, if you were looking for an accessible media streaming device that was fully accessible, your only choice was the Apple TV. Now, a range of streaming devices from Roku devices to Amazon's Fire range of products are accessible. Through AFB Consulting, AFB's division which assists companies and organization in ensuring that their products and services are accessible, we have seen companies looking to bring accessibility to a range of devices from refrigerators to smartwatches. Companies have also sought to make traditional video playback equipment accessible, including smart TVs and vehicle entertainment systems. With more and more devices being equipped with full communications functionality, the CVAA is ensuring access to devices and products that wouldn't have been dreamed of 10 years ago.

Though the CVAA is landmark legislation that has provided unprecedented access to video and communications technology, there are still some areas in which the law has gaps.

Overall, the CVAA has been a significant step forward in the ongoing crusade to bring access and equality to all facets of life for people with vision loss, but as always, there is yet much work to be done.