Thank You, NYC Digital Humanities Week, for Including the Helen Keller Archive!

AFB staff and our colleagues Alison Burke and Toya Dubin were honored to participate in NYC Digital Humanities Week. We shared our work to make the Helen Keller Archive as accessible and user-friendly as possible, and freely available to educators who want to teach their students how to use primary sources.

Helen Keller was a leading advocate for people with visual impairments, and likely the most famous person with a disability in the 20th century. She was also a devoted New Yorker! Helen, her teacher Anne Sullivan Macy, and their assistant Polly Thomson lived in Forest Hills, Queens from 1917 until two years after Anne’s death in 1936. Manhattan was home to AFB’s headquarters, first on 46th Street, and then on 16th Street (the latter building is now the Center for Jewish History). Helen Keller and blindness advocacy are intertwined with the history of New York City, and Keller wrote about New York’s landmarks and commuted regularly to AFB’s offices in Manhattan. 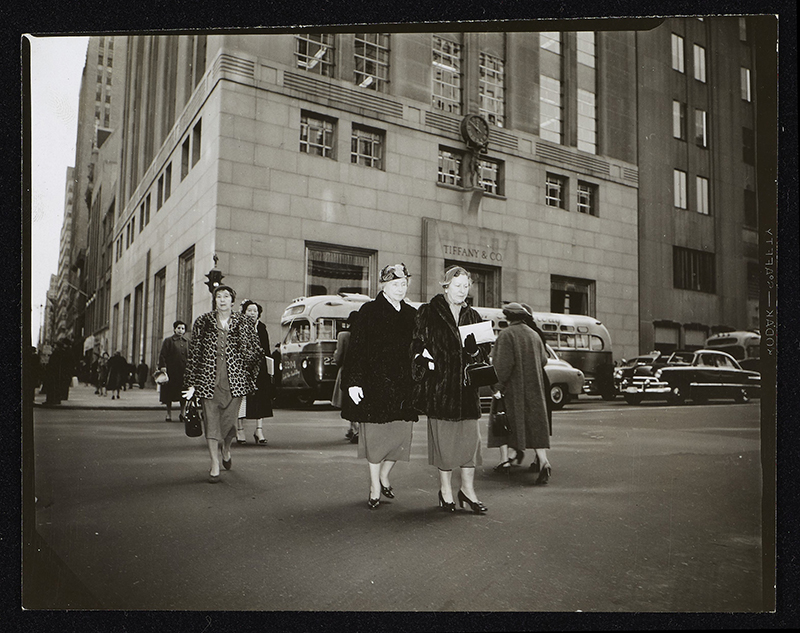 The archive not only includes photos of Helen Keller's home in Forest Hills, Queens, but also the letter in which she pokes gentle fun at the previous owners:

After wandering about the country for a time, we decided to make our new home in this pretty suburb of New York City. We bought a very small and odd-looking house which had been built for a German family not overburdened with a sense of the beautiful. It has so many angles and peaks and queer windows, we call it our "Castle on the marsh" — there is a long stretch of marshy land just back of it. We have planted many vines and climbing roses which we hope will make this wee house attractive, in spite of its curious architecture. "We" include Mrs. Macy, our Scotch secretary Miss Polly Thomson, myself and a handsome Great Dane, Sieglinda, which in name at least goes with the house.

For reference, here is a photograph of that “odd-looking house,” which can also be found in the archive. This is an exterior view of the house in Queens. It’s a two story-brick home with a spectacular roofline, which does give it a castle-like quality. Helen, along with Anne Sullivan Macy, Polly Thomson, and we think Walter Holmes (editor of The Matilda Ziegler Magazine for the Blind), are at the door. 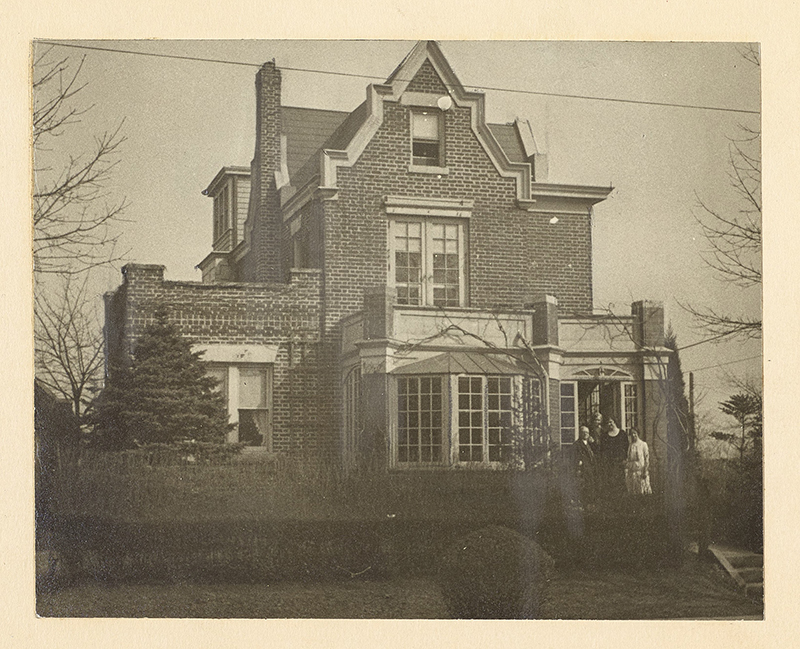 You can check out some of our favorite NYC-related items from the Helen Keller Archive by browsing the NYCDH: Helen in New York City tag.

Learn more about the digital archive’s commitment to accessibility.