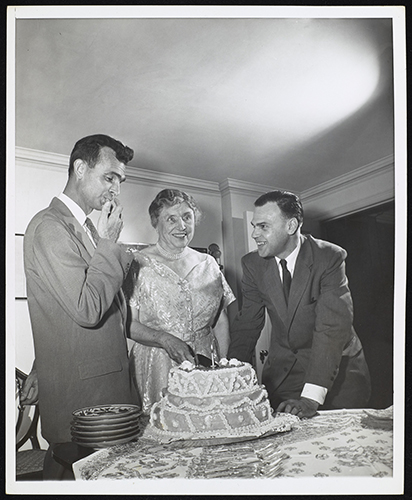 Kirk Adams here, President of the American Foundation for the Blind. I am humbled and honored to be the leader of the organization that Helen Keller championed for 44 years from 1924 until her death in 1968. Like Helen, I too am blind, and I too am keenly aware of the barriers faced by those of us living with vision loss.

Today, June 27th, we celebrate Helen’s 138th birthday and all the successes she had in challenging the limits people sought to place on her, as a woman who was deafblind. But just as it took constant hard work and determination during Keller’s lifetime, so too AFB continues to fight for a world of no limits for people who are blind or visually impaired—a world where employers value people with vision loss as part of a diverse workforce, and where every school administrator believes in the potential of every student to pursue their dreams. At AFB, we envision a world where every older person who is losing their vision gets the services, tools, and support they need.

In 1931, Helen successfully lobbied on Capitol Hill for books to be available in braille in libraries around the country. Today, AFB is campaigning for passage of the Cogswell-Macy Act to help students with sensory disabilities have the tools and educational equipment they need to succeed. Helen was a game-changer. Charismatic and spellbinding on stage, she toured the nation for us from the 1920s until the 1940s; she spoke at Town Halls and in front of State Legislatures; and then she took our message to millions around the globe. But she didn’t do this alone.

AFB is thrilled that as a result of funding from the National Endowment for the Humanities (NEH) and generous support from American Express, we can learn about the world that Helen inhabited and which she and others helped shape. Funding has enabled AFB to digitize and make available over 163,000 digital images, and this number continues to grow.

Moreover, all these digital images are accessible to blind, deaf and deafblind audiences. Visitors can now learn about early campaigners in the field of disabilities, as well as luminaries of the late 19th to mid-20th centuries. These pioneers include individuals such as Charlie F. F. Campbell, Director of the Detroit League for the Handicapped, an early advocate of employment for those with visual impairments, and Robert B. Irwin, AFB’s indefatigable Executive Director. In 1923 Campbell corresponded with AFB President Moses C. Migel and Irwin and told them that Helen would make an incredible spokesperson and fundraiser. The following year they hired her.

And yes, Helen, was indeed a consummate fundraiser. It was impossible to say no to her. Her fans ran the gamut—from literary giant Mark Twain, to First Lady Eleanor Roosevelt to leading capitalists such as Andrew Carnegie, and Hollywood stars such as Will Rogers and school children and members of the general public around the world.

In the past 50 years since Helen’s death, AFB has continued to advocate for people who are blind and visually impaired. We forge strategic relationships with peers, policymakers, and employers, just as she did. Indeed, our efforts to more powerfully engage legislators has resulted in us moving our headquarters from New York City to Washington D.C. The Helen Keller Archive is full of examples of her championing AFB's work, reaching out to celebrities and public figures, and plainly asking for resources to support AFB’s programs and services. She knew that we needed broad-based support to create a more equitable world for people with disabilities. Similarly, without your support, this important work cannot be done. Helen Keller understood what it takes, we hope you do, too.

Go to Donate to AFB and support our work. And please give generously!