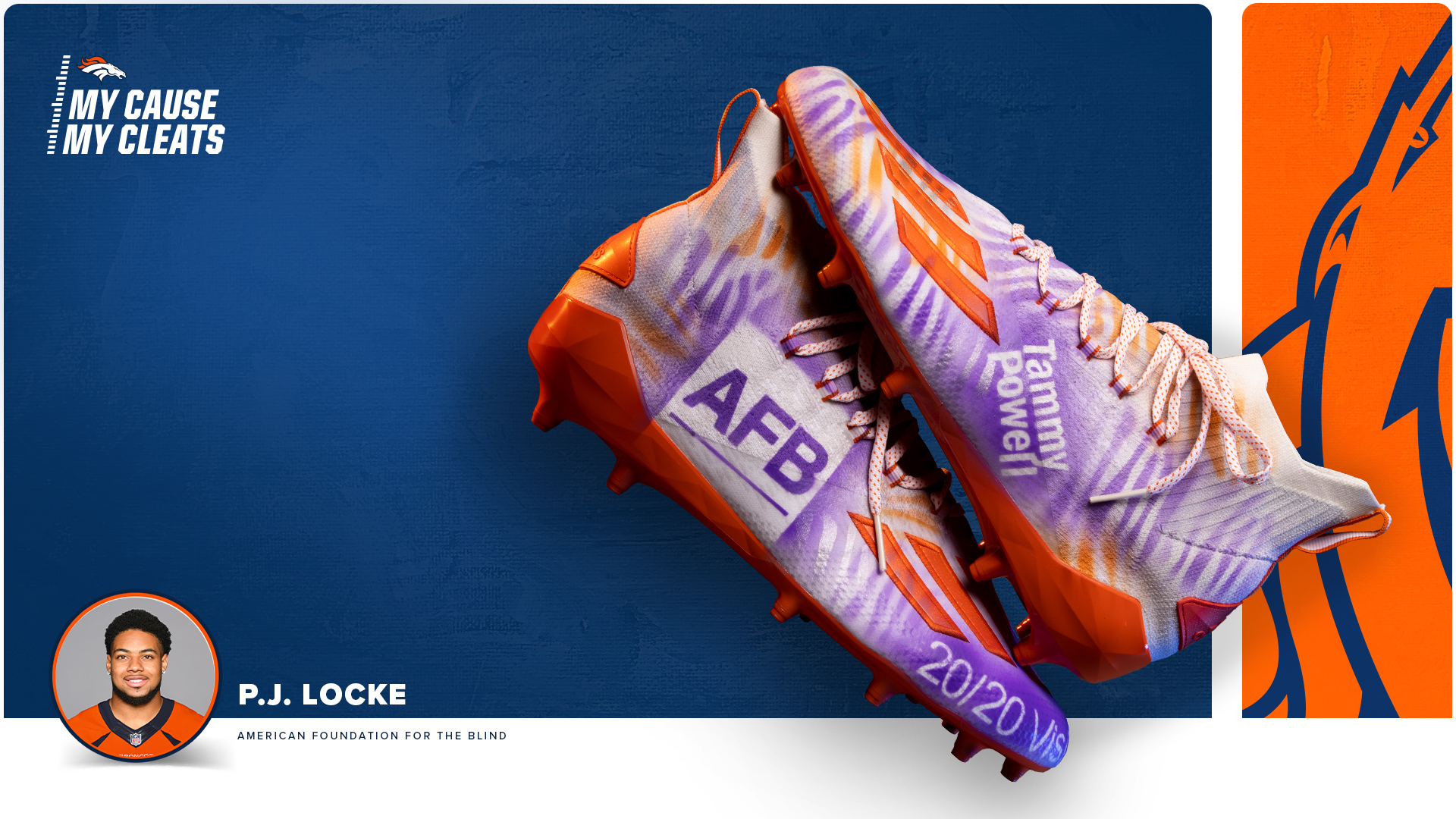 We were thrilled to learn that Denver Broncos Safety P.J. Locke has chosen to represent the American Foundation for the Blind with the My Cause My Cleats initiative!

My Cause My Cleats is an NFL program that allows players to use their platform by customizing their gameday cleats to raise awareness for causes they are passionate about, and in some cases, raising funds from the auction of the cleats.

It means so much to me personally on several different levels. I suddenly became blind in 2003, at the age of 26, due to trauma. I was in a very dark place as I watched my career as a special education teacher, my apartment, and all that I dreamed about go away. Fast-forward to now, I am working at the very place where I found a glimmer of hope through meeting successful blind individuals and was able to come to a place of acceptance and joy. I am now a fierce advocate, a mother of two amazing children, and a wife. These are titles I never thought would be bestowed on me after finding out this would be my “new normal.”

This news is especially exciting since AFB will be celebrating our 100th anniversary in 2021. We have so many things to be thankful for, and we have got our game faces on for creating a life with NO LIMITS for the estimated 32.2 million people living with blindness and low vision in the United States alone.

Again, this is such an amazing honor and I will be rooting for the Broncos on game day! So will my brother—he is a diehard Broncos fan. I remember one very intense game when we had to leave for a wedding, in which he was going to be a groomsman. He would not change out of his jersey until he walked into the church, for fear it would jinx the game. Our childhood dog, Ellie, was named after John Elway and his man cave to this day is orange and blue!

Go, Broncos! And thank you so much, P.J., for your support of AFB.